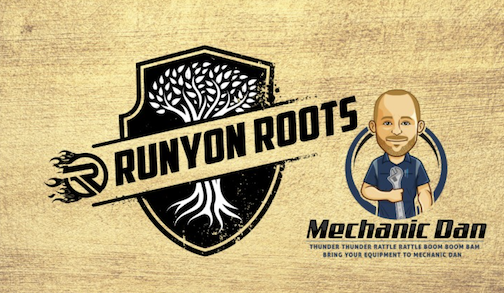 “Mechanic” Dan East is the quintessential Hoosier. A child of the 60’s, he was born in Beech Grove, at Saint Francis hospital, just down the street from the 19th century home that his grandparents had lived in since 1928. And he still owns this home. Dan was the youngest of four children, all born a year apart. Each one of them also proved to be mechanically inclined, a talent that was no real surprise, as his father worked as a tool and die engineer at Deval Carbide. 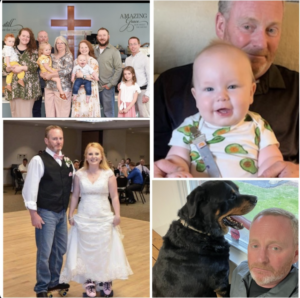 “Unconventional” might be a good word to describe Dan’s childhood. While attending Holy Name elementary, instead of playing with toys and watching cartoons, he was building his Honda Z50 motorcycle, which he finished when he was only 6. From there, his world revolved around racing motocross and tinkering with engines, which seemed to go hand in hand. He also found a love for baseball, and he played on the all-star team until he aged out. Although he raced for Honda for two years, his goal had always been to work on the engines. So, following that path, in High School he co-opted out as a sophomore to attend C9 Vocational School, which eventually led him to his first job at Scherer Electric.

After 10 years at Scherer, Dan moved on to Moran electric, where he worked on the large generators that ran the Amtrak trains. He was there for 11 years before transitioning to Horner Electric, where he was employed for the next 23 years. And much of that time he was working alongside Runyon’s own Johnny C! During this period, he also had a side job working on large industrial woodworking equipment, which included trips to Pendleton penitentiary where he would fix the machines in the inmates’ wood shop. He found his way back into racing too, this time putting the wheels under his feet, taking the name “Yosemite” Dan, and skating with the Naptown roller derby. He also raised chickens, ducks, and quails for many, many years. 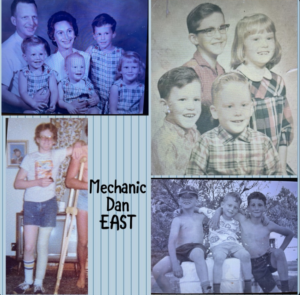 Dan East joined RSP in the summer of 2020. Now known as “Mechanic” Dan, he fixes anything that has a motor and is in need of repair. When he’s not overhauling massive grinders, industrial vacuums, and shot blasters, in his free time he likes to build go-carts, rockets, and is a self-proclaimed “big NASA nerd.” Every weekend he works on his childhood home, tends the garden planted over the old stables, and spends time with his family.

His wife, Cathy, is a pharmacy tech who has worked at Saint Francis Hospital for 37 years. They have a son, Daniel, who lives in Ohio. Their oldest daughter, Bethany is married and lives in Beech Grove. Their younger daughter, Becca, is also married and lives in Brazil, Indiana. She and her husband are both Pentecostal preachers. Dan and Cathy also have 4 grandchildren with 1 on the way. And let’s not forget their dog Cyrus, a loving Rottweiler that keeps Dan company as he gets to working with his tools, and that’s a real commitment, because “mechanic” Dan East is always working on something. And we’re all so grateful to have him onboard, for he’s truly the mechanical force that keeps the RSP maintenance & repair machine running smoothly, day in and day out.